Your Favourite Wallpaper Murals of 2017

Yup - It's that time of year again! We reflect on what interior trends have been big in 2017 and how you've been achieving them with wallpaper murals.

What have been the interior trends for 2017?

This time last year, Pantone introduce the colour of the year, Greenery. Described as “refreshing and revitalising” who didn’t want this shade of green in their home? To embrace Greenery, we reintroduce a range of wallpaper murals that not only boasted green but also brought the outdoors in.

This interior trend then developed into the tropical trend. Greenery continued, but with earthy highlights formed by houseplants. That’s right, house plants are back in fashion and more tropical than ever before!

Although greenery has pretty much dominated the interior trends for 2017, by July it was time to introduce the other big trend of the year – geometrics.

Not only was the geometric trend communicated with wallpaper murals, we saw edgy prints on fabrics to dynamically shaped fruit bowls. A new colour palette was also formed during this trend. We were seeing soft pastels everywhere including the much-loved Millennial Pink.

As the year progressed, we found that it wasn’t just the main home getting the attention. We noticed a huge focus on getting your home office equipped with the finest interior trends. With more than 4 million of us working from our home, it was time to make sure we created an inspirational space where we felt comfortable spending most of our day.

In this post, we’ll share with you the #WallsauceMakeovers that have transformed homes with the top interior trends of 2017 along with other wallpaper murals can help you embrace your favourite looks from the year.

When it was announced that Greenery would be the colour of the year, there was one range of wallpaper murals that we knew would fit the brief.  Our tree wallpapers and forest wallpaper murals not only captured an array of shades of greens, but they also provoked the revitalising characteristics of Greenery.

Here are some of our favourite #WallsauceMakeovers of 2017 created by customers. 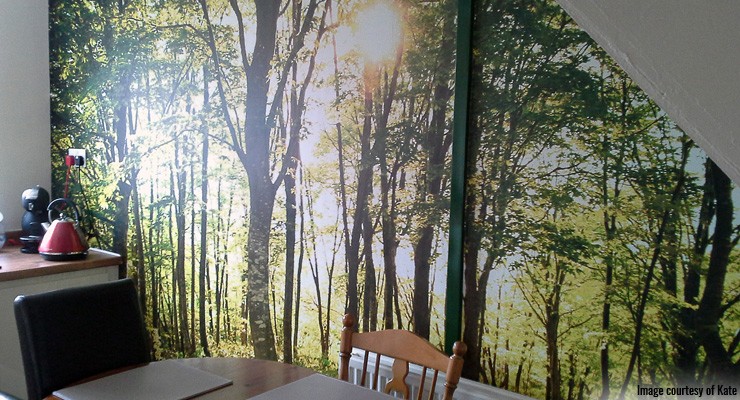 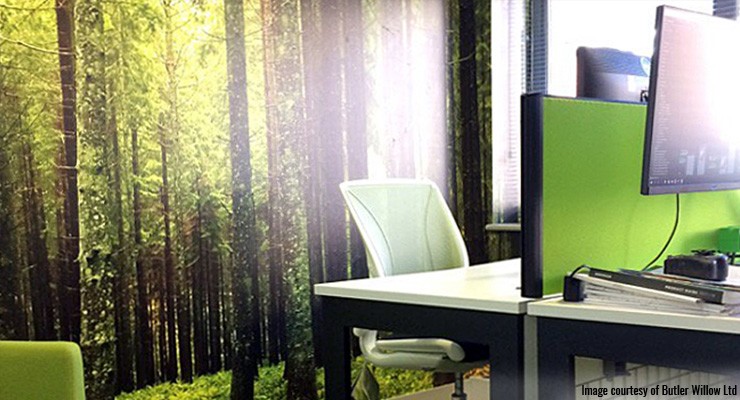 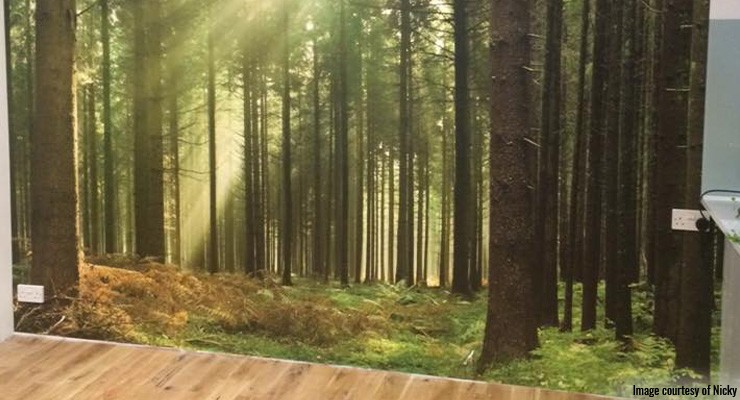 As predicted by the likes of Vogue and House Beautiful late last 2016, the tropical trend took the interiors industry by storm! With a vast range large leaf prints available as wallpaper murals, we made sure our customers could make a real statement with this trend. One particular artist whose range really thrived from this trend was Henri Rousseau. Featuring in our Bridgeman Library, Rousseau’s works of art date back to the French post-impressionist era and capture colourful jungle scenes. This wallpaper mural installed in a children’s nursery just goes to show how classic art never dates. 3. Get mathematical with geometrics

Geometric wallpaper became the ‘it’ wallpaper around the middle of the year. Available in a vast choice of colour combinations, there was a design for every style. Twisted Pixels Illustrations launched a range of geometric wallpaper murals that combined pastel tones and textures such as marble. They became a huge favourite of ours because of the versatility of them. 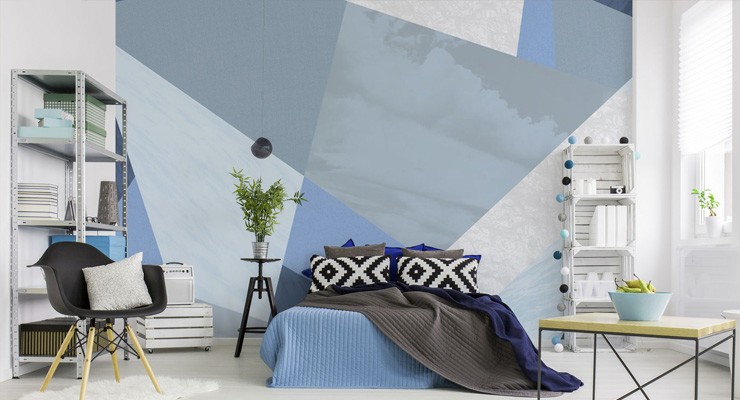 With more of us working from home, it became an apparent trend that it was essential to make sure your home office was as glamorous as the rest of your home. Providing a stylish workspace can keep you motivated. It can give you a reason to be more productive and work those hours. What we’ve seen during this interior trend is an influx of #WallsauceMakeovers showcasing map murals and city wallpapers in home offices. 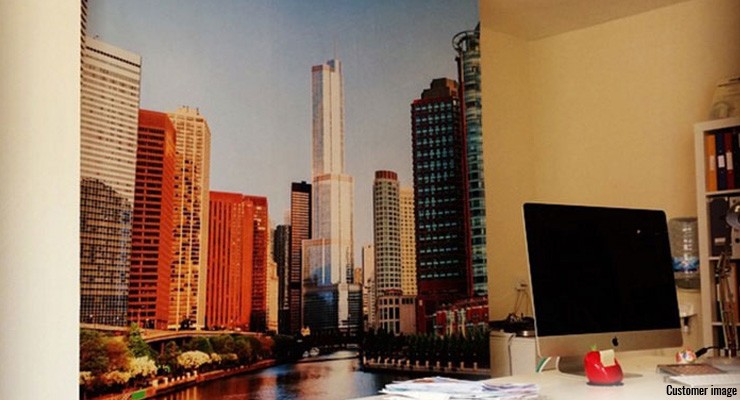 What interior trends to expect in 2018

We’ve been doing our research on what interior trends to expect in 2018 and it’s great to see that the tropical trend, in particular, will continue to grow. But what’s more exciting, is that according to House Beautiful, Pinterest predicts big wall art to be HUGE this next year! What other way is going to achieve this interior trend, more effectively than wallpaper murals?!

We’re off to the drawing board to see what on-trend wallpaper murals we’ll be bringing to you in 2018. But don’t go far as we’ll soon be updating you on our blog and social media of what we have to offer! In the meantime, tell us what collections you’d like to see at Wallsauce.com in the comments box below. 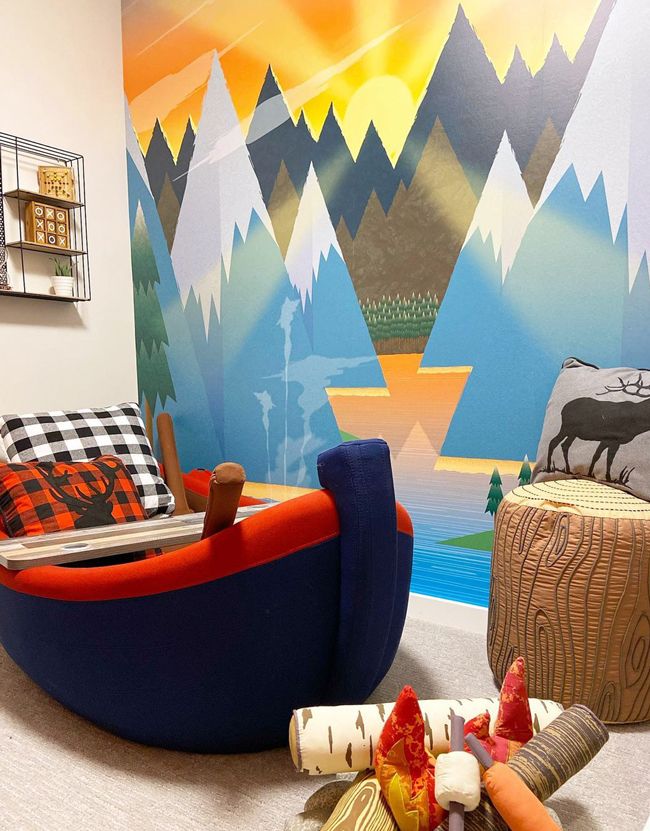 Take a Peek Inside Our Quirkiest Customer Homes! 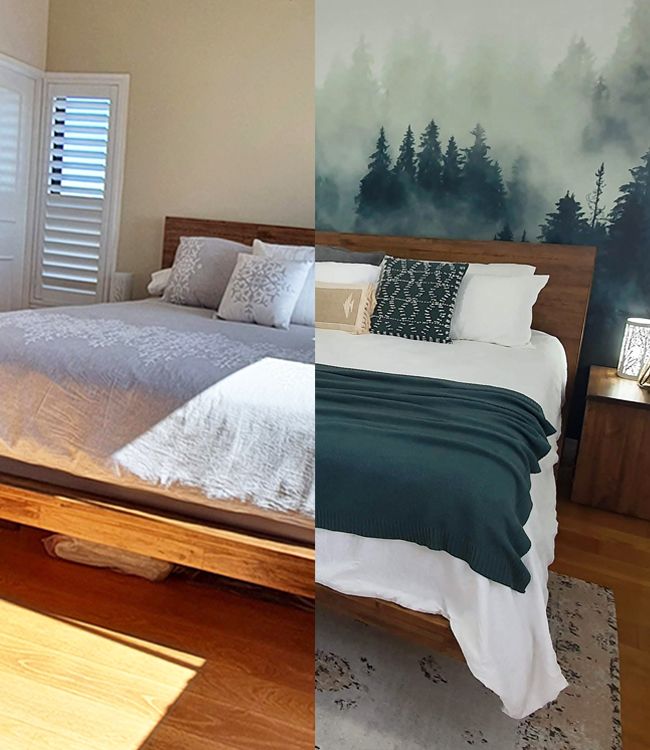 Top 9 Before and After Wallpaper Makeovers Inspiring Customer Photos from 2021 [Be Wowed!]