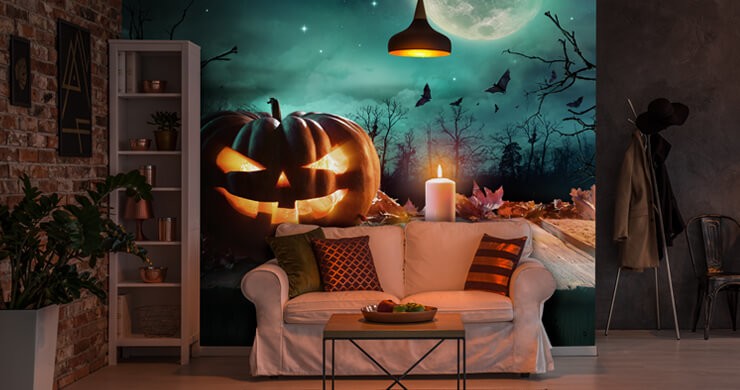 Halloween is almost upon us and if you have been creeping around the many spooktacular pumpkin patches as we have, you’ll be just about ready to see some frighteningly good pumpkin carving ideas! Did you know the tradition of carving pumpkins came from Irish folklore? If not, read on to hear all about one man and the devil...

This is a story about a man named ‘Stingy Jack'.

One dreary, dark night the devil appeared to a name named 'Stingy Jack' to collect his soul. Jack asked the devil to grant him one last drink before he followed him to the underworld. At the bar Jack knew he had no money, so asked the devil to transform himself into a silver coin to pay the tab. When the devil agreed, Jack dropped the coin into his pocket alongside a crucifix. This stopped the devil from returning to his natural form and Jack demanded the Devil grant him another seven years of life.

Jack agreed to go with the devil but asked if he could have one last meal. Jack pointed out a distant apple tree and told him one apple is all he wanted. The devil agreed to scale the tree to retrieve an apple for Jack, but as the devil climbed, Jack carved the sign of the cross into the trunk, trapping the devil in place. He demanded the devil never take his soul or he wouldn’t release him. The devil reluctantly agreed…

Several years later, Jack's body succumbed to his old age but due to his wicked soul, he was turned away from heaven and refused entry into Hell. The Devil told him he made a promise to never collect his soul and so he never would. Jack was instead sentenced to roam the earth for eternity. As a parting gift, the devil tossed Jack a lump of burning coal which he placed into a hollowed-out turnip. He used this light to carry with him as his lonely soul wandered the spiritual world…

It is rumoured that Stingy Jack would torment and even try to lure the living to their deaths in order to steal their soul for company. This caused people to carve demonic faces into turnips and potatoes to scare Jack away from bumping into the Devil again - thus creating Jack-O-Lanterns! As more people began to emigrate to America they began to use carved pumpkins to deter Stingy Jack.

So, if on Halloween night you see a glowing light hovering in the midnight air, be sure to run away from the trickster that is Stingy Jack…

Pumpkin carving ideas that are guaranteed to scare! 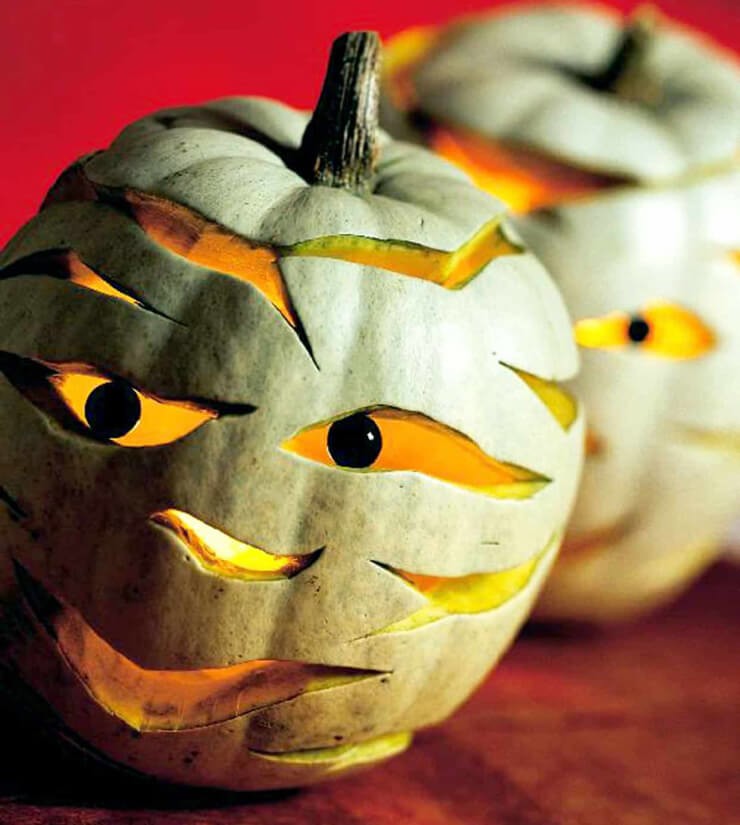 A great way to get creative with your pumpkin carving ideas is to decorate them once you have finished carving your masterpiece! We think a great idea is to paint them white and carve out chunks all around the pumpkin to create a ‘bandaged’ look. This design combined with the outer white skin will create an awesome mummified-style pumpkin!

Paint your leftover pips black and place them in the eyes. This will create a demonic stare guaranteed to keep Stingy Jack away! By using smaller-sized pumpkins, you can create a zombified army straight out of a classic horror film.

Never underestimate the power of a dried-up pumpkin 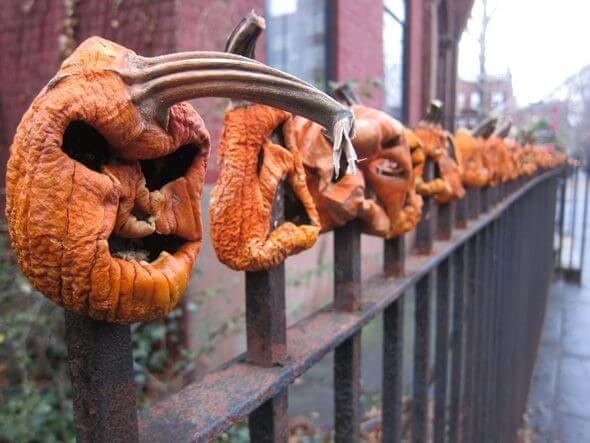 When our pumpkins start to shrivel and warp we often take this as a sign to dispose of them… but if you want to create a seriously freaky pumpkin display, the dried-out, shrunken, hag-like forms will be sure to cause many gasps from all who wander into their path! A great way to display your garish pumpkins would be to mount them on any fences or railings you have close to you, but even arranging them on your driveway or outside your home would look deliciously dark. There are many great and very creative pumpkin carving ideas out there, but we think this one is our favourite! A surefire way to keep Stingy Jack and any other wandering spirits away (and perhaps a few trick-or-treaters and the postman) is to construct a scarecrow with a glowing pumpkin head. By spreading stringy cobwebs over your Halloween friend and scattering a few more spookily carved pumpkins around their feet, you’ll be sure to create a devilishly dazzling Halloween display! If you would like to steer away from the traditional pumpkin carving ideas and try something different, why not carve up your own set of ghosts? Not only is this a fun task to do with younger children (as hopefully, these won’t cause years of nightmares) This particular type of pumpkin is known as ‘oblong’ or ‘hybrid’ winter squash. They come in traditional pumpkin orange or in a cream-coloured variety with faint green stripes. They are the perfect shape and style to paint white and create your spooky, but slightly friendlier ghosts!

Who you gonna call?! Hopefully not 999! Always remember to supervise children when you are carving pumpkins and always keep sharp knives out of their reach. It is also important for adults to be just as careful. Always pay attention when using sharp objects and wear protective gloves.

Paint them black and watch them glow 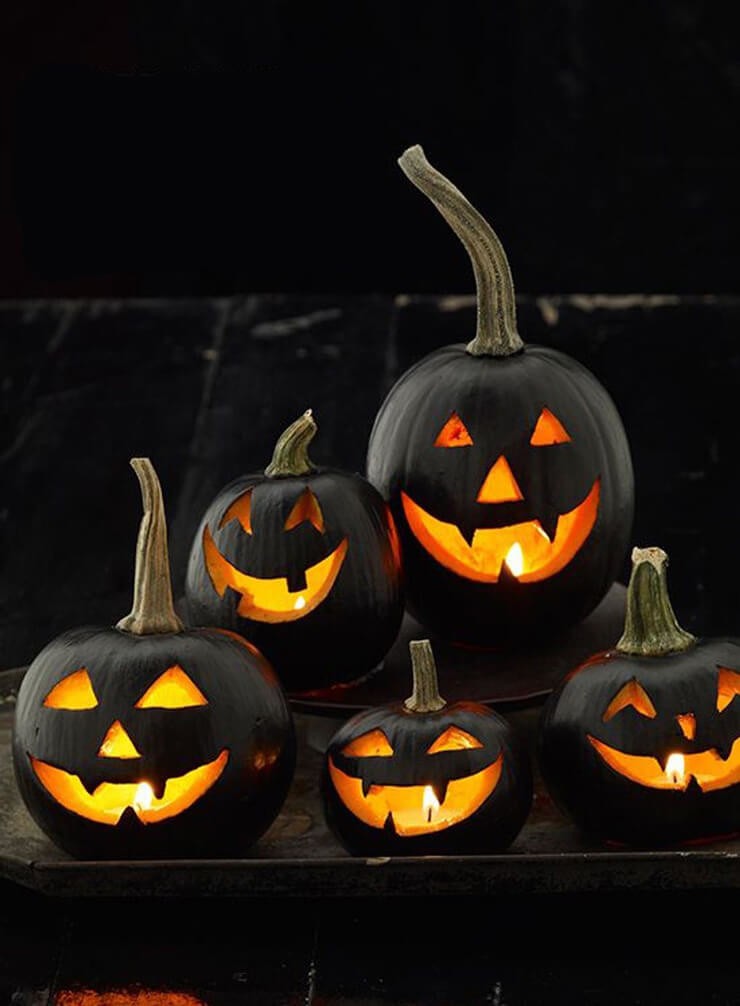 A devilishly dark twist on traditional pumpkin carving would be to paint the outside of your pumpkin black and watch as their glowing smirks glare at you from the darkness. Not only will painting your pumpkins black look awesome during the day (when you’re safer in the light) but at night their creepy smiles will look as though they have appeared out of thin air.

A great way to display this type of carved pumpkin would be to place them on various levels, on walls, in bushes and in your window. This way it will look like they are surrounding your unsuspecting victims! We tend to keep our pumpkins outside for the most part (as it’s a great way to stop any trickster ghosts from entering your home) but if you are throwing a Halloween bash or having a creepy night watching scary movies, you could adorn your walls with a removable wall mural. A large watchful pumpkin would be the perfect deterrent for Stingy Jack as you enjoy your spooky night in.

Decorate the rest of your interior with alarmingly awesome Halloween decorations in the form of more pumpkins, stringy cobwebs, or creepy crawling spiders!

Watch out for the pumpkin-eating pumpkins! 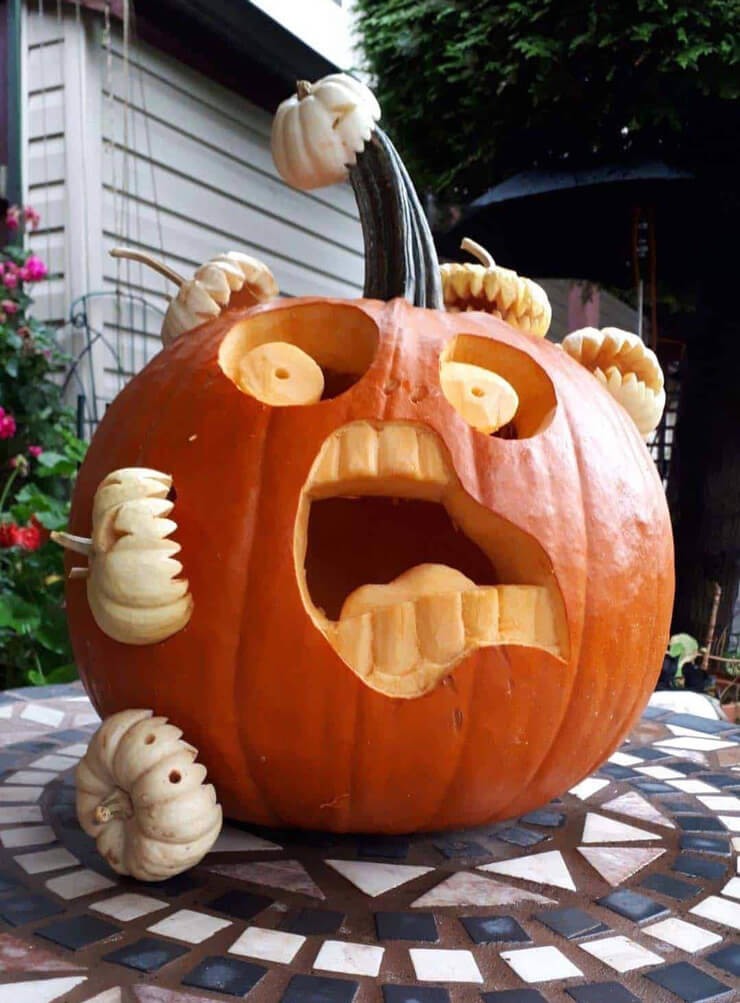 If you would rather take a more comical route with your pumpkin carving, we suggest using the smaller cooking pumpkins to create a cannibalistic scene! The smaller pumpkins attached to the larger, seemingly distressed pumpkin, will be enough to send shivers down anybody’s spine! It is a simple but incredibly striking image that you can re-create with ease.

Imagine this illuminated at night … place a regular tealight candle in the larger pumpkin and use fairy lights for the smaller pumpkins. This way the beady eyes of the devouring pumpkins will also give off an eerie glow! This display may be so frightening it will scare off all your trick-or-treaters! Maybe you’ll need to eat all your Halloween candy by yourself…

Which pumpkin carving ideas are your favourite? Let us know in the comments below!

Wow! Funny character carving\'s for me.

Hi Jacob, Happy Halloween! We are glad you found a carving style you liked! 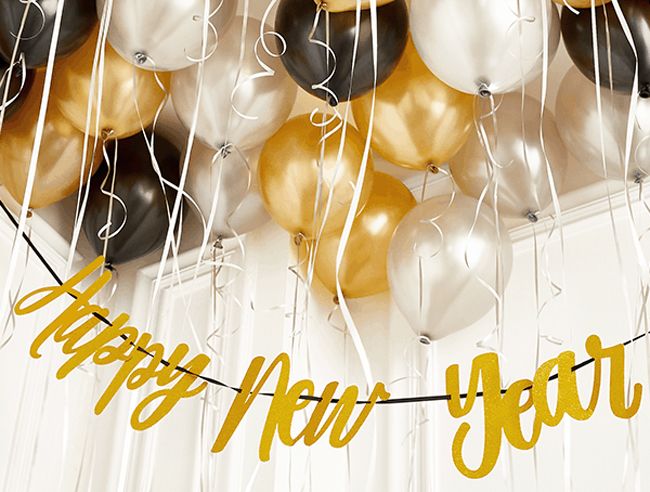 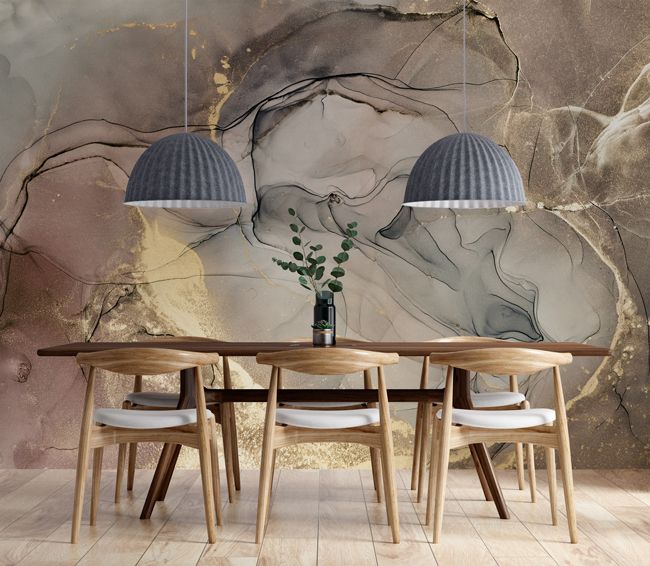 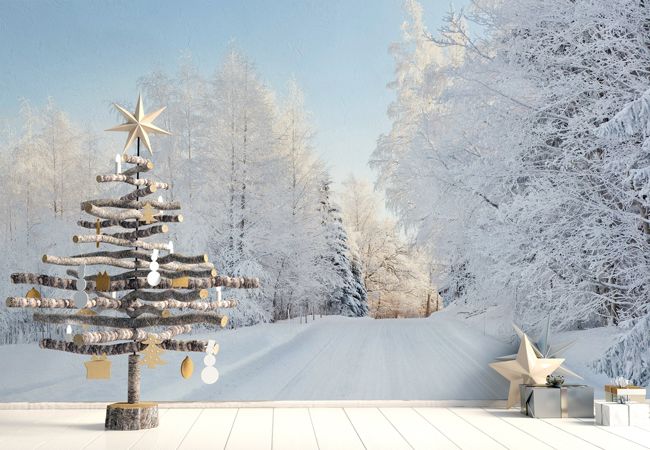